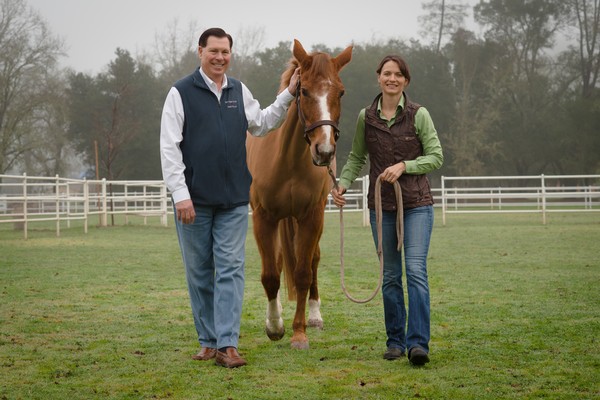 Career sales professional Jim Striegel and accomplished winemaker Anne Vawter teamed up in 2007 to realize their dream of creating a unique, old-world wine.  A mutual friend noticed their complementary talents and suggested they might make a good blend.  With a core mission of discovering premium vineyard sites to deliver uniquely luxurious wines at great prices, they set out to discover those hidden gems in the Napa Valley.

Red Mare's wines are known for their silky tannins, lively acidity, and balance. In all of our wines, we carefully select everything, using old-world techniques that only small, handcrafted wineries can employ.

Anne christened the brand Red Mare after her horse, Paradigm.  Paradigm was Anne's bonus, given to her during her time as Assistant Winemaker at Paradigm Winery in Oakville. Paradigm and Anne built a strong and unique bond, and Paradigm's spirit inspired our dedication to respect the site, the fruit, and the untouched natural beauty of a wine.  Red mares are notorious for being a little sassy, sometimes challenging, but, like wine, when you find the correct way to approach them, the right technique to develop their gifts, they blossom into something exceptional. Read more about our red mare, Paradigm. 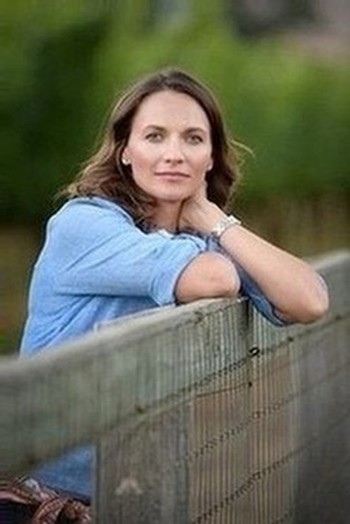 Anne grew up in Eastern Washington while the wine industry was expanding rapidly. She was the daughter of a dairy farmer from whom she attained her love of the land early in life

Anne graduated with a Bachelor's of Science in Viticulture and Enology from the University of California at Davis, world-famous for its winemaking program. She cut her teeth and formed her unique style during apprenticeships at the Oakville based Paradigm Winery, Robert Mondavi Winery, and Rutherford based St. Supery.

Anne has built a career making wines for small boutique wineries in the Napa Valley. Oakville Ranch, Teaderman Vineyard, and Ziata are just some of the brands for which Anne has made wine during her over 20-year career.

The magic of Anne's winemaking style lies in the simplicity and framing of silky tannins, which her wines are known for. Anne reminds us not to pursue fads or heavy oak masking but to celebrate the site and the vintage in its own right. Her wines are elegant and balanced, excellent with food, and expressive of place.  But, it is the magic of those silky tannins which identify Anne's style.

"Designed to present a measure of austerity and refinement," is how James Laube puts it.

Anne and her family split their time between the Napa Valley and their ocean-going sailboat, which can be found in many a far-flung port. 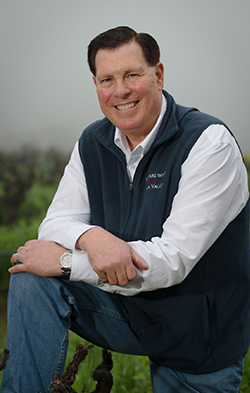 Growing up in southern Illinois, Jim’s father purchased grapes from the Napa Valley and shipped them across country, processing and fermenting them in his basement.  Jim grew up with the smell of fermenting grapes wafting up through the floorboard

Jim enjoyed summers in Napa Valley with childhood friends. They would hang out in the vineyards and the cellars, experiencing the rich traditions that come along with it.

While in college, Jim volunteered to help with the hard work of planting the now famous FAY Vineyard at Stag’s Leap.  It was a formative experience and further fueled his life-long passion with the wine industry.

Jim has had a varied and successful career in many industries, from clothing to real estate.  During his time in the '80s with Izod Lacoste he spent a lot of time in Paris and was able to further his wine education in both the Burgundy and Bordeaux regions of France. He has always focused on the art and the psychology of sales and brings that talent to Red Mare along with his perpetual smile and boisterous good nature.

Jim splits his time between his home in Texas and the Napa Valley, while also traveling to all of Red Mare’s key sales markets to introduce customers to our delicious wines through tastings and wine dinners.

Meet the rest of the team!

Keep up to date on promotions, wine releases, and events.